The autumn season collections are almost  in stores in Brazil, a piece that is already a must have in our closets: boot with studs. This style, which Camila already showed us how to wear, appears in several versions, to suit all tastes. 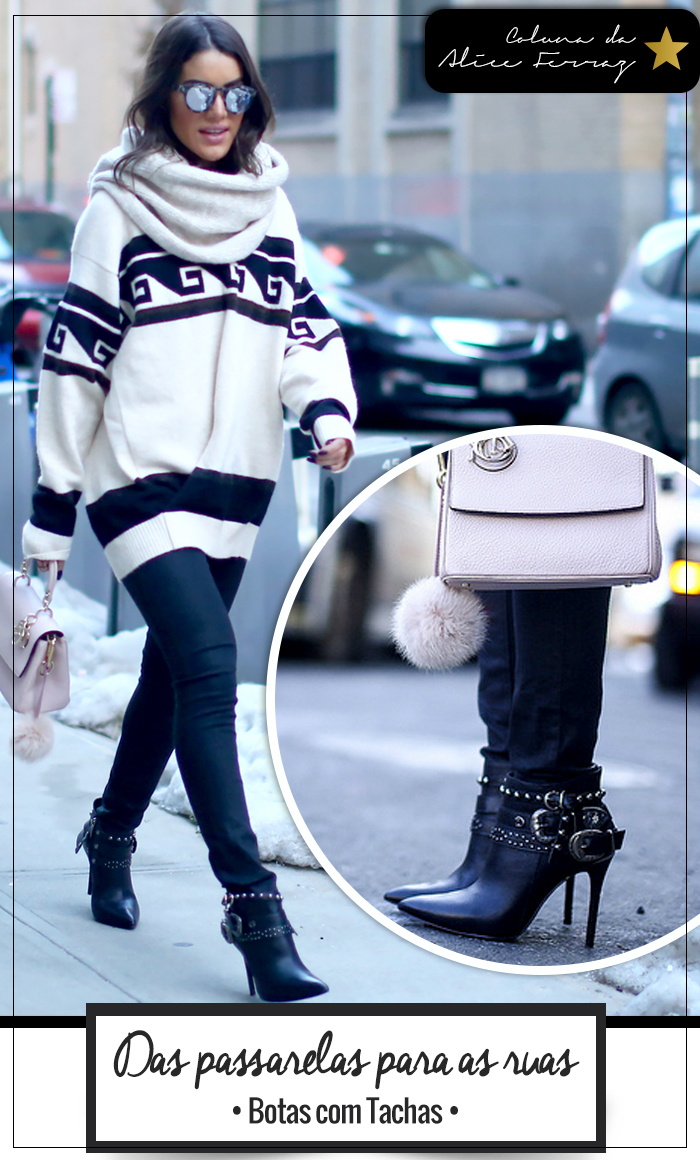 Camila chose a super feminine model (of course), but also very striking with three buckles with different tacks/studs with that rock & roll feel.

I chose another three cool styles from the runway for you to inspire yourselves:

First ones are boots with for a night out with pointed tip and high heels. They have a more delicate kind of tacks which gives a feel of glam rock. 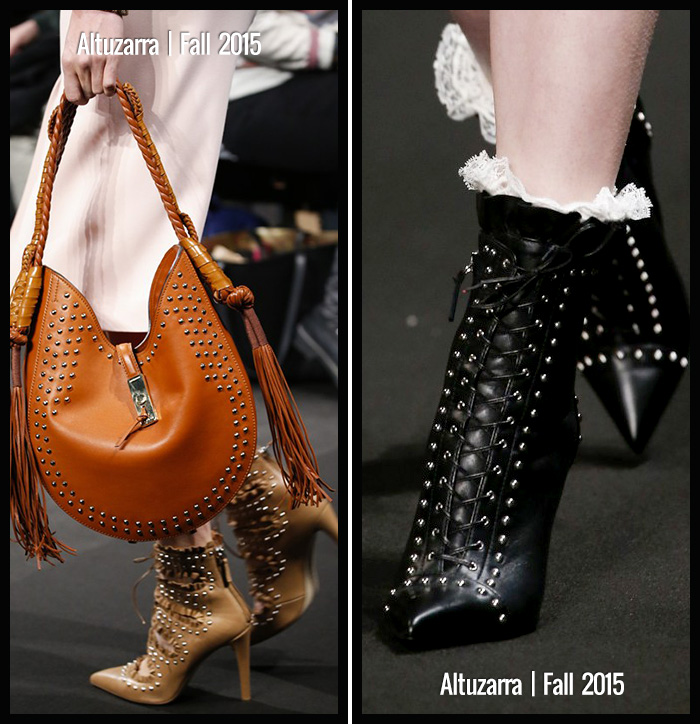 The second style is the opposite. We have seen it in past seasons, but is now full of tacks and rich in textures. It works both for the day-to-day and also for night looks, for those who like to go out at night without heels but with a hint of charm. 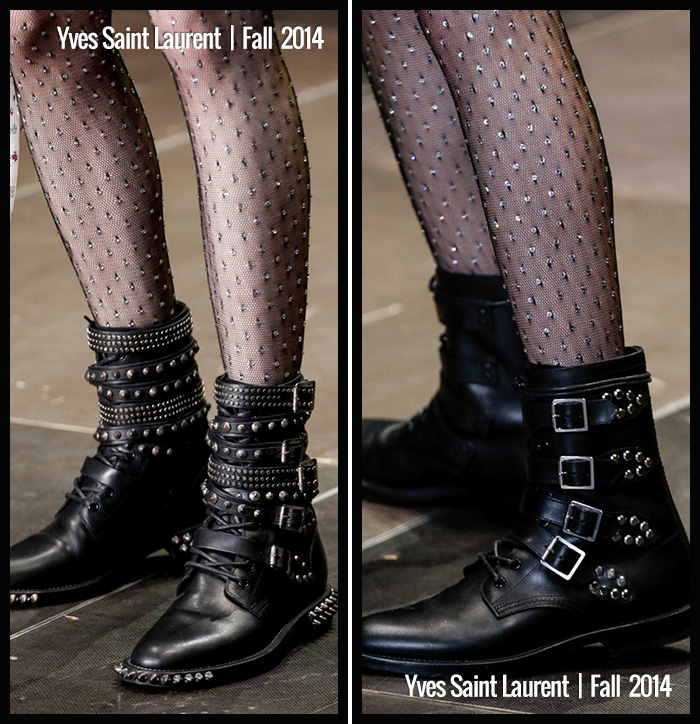 The third style is the one that was seen on Marc by Marc Jacobs runway show. With reference to the style of classic Dr Martens boots, the shoes have a certain male appearance with thicker tacks and many buckles and clasps. 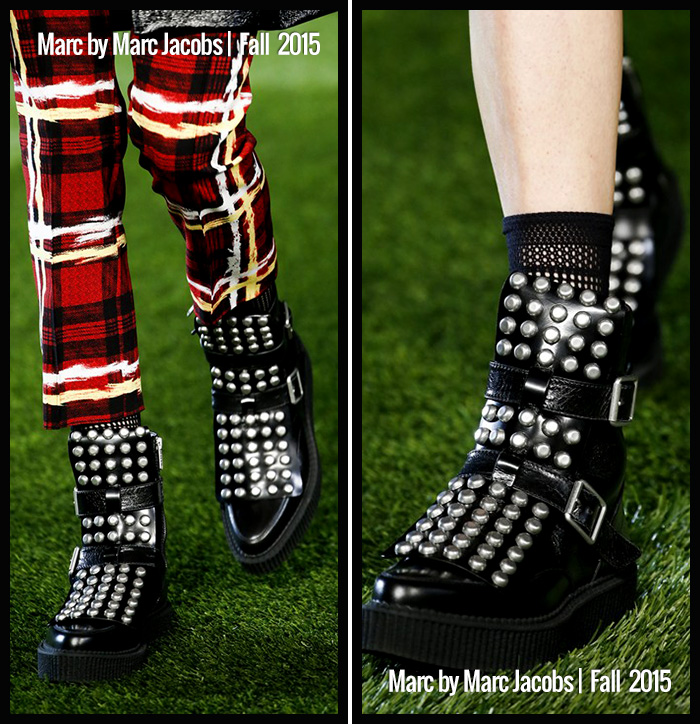 Overall, it is a super democratic trend. You may notice a variety of these boots will be sold in stores soon.
Is it something you would wear?

Hi Gorgeous….. I want to know what brand are your boots, the one in your photo???
Thank You